A Taste of the Avant Garde

David Moore, a contemporary and friend of David (Trace), has written a book exploring post-war Welsh artists.  Sue Hiley Harris, part of the team producing the book, writes, "David Trace's photograph of Jeffrey Steele is one of many images of artists and their work to be included in A Taste of Wales: 56 Group Wales, 56 Years.  This new book explores, for the first time, the social history of a prominent and at times controversial group of professional artists based in post-war Wales. 56 Group Wales drew its influences internationally and exhibited very widely in the United Kingdom and on the Continent."


(David's picture of Jeffrey Steele is in the previous post here on this blog.)

Here's the book cover - and you can find out more at http://www.crookedwindow.co.uk/atasteoftheavantgarde.html 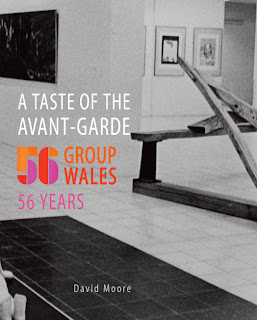