Richard Horne has just written to me, saying "I was a blacksmith/wrought ironworker in The Lock for just two years from 1976 to 1978. I have black and white photos of my ironwork printed by Dave in his studio." 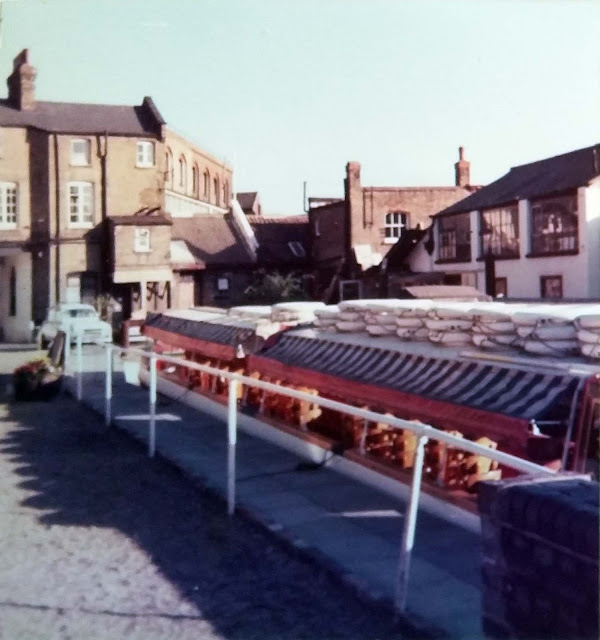 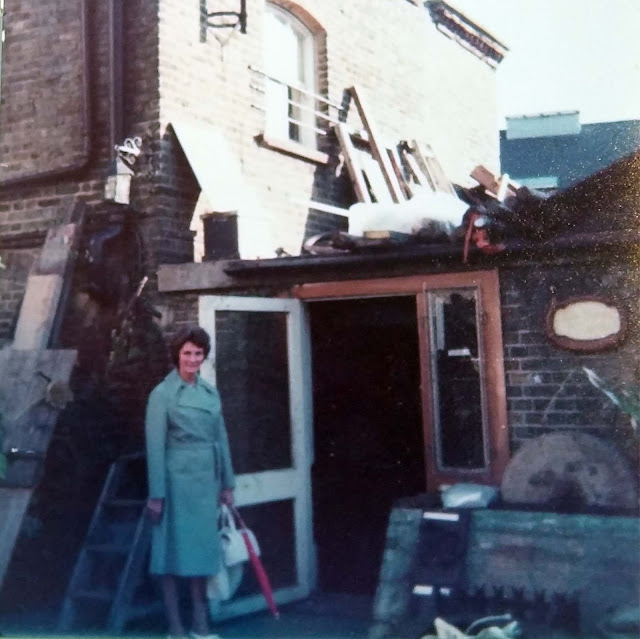 Richard's mother standing outside the workshop he shared with a silversmith, Paolo. Dave's studio backed onto theirs. Richard writes, "Sadly, those structures have not survived the developments of later years." 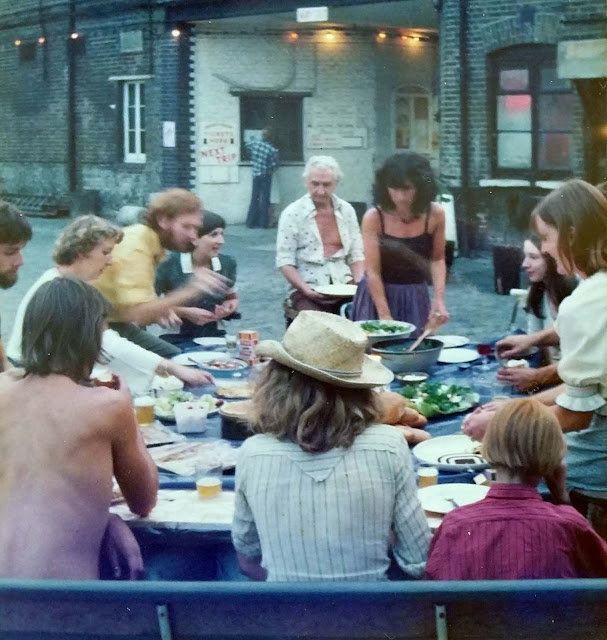 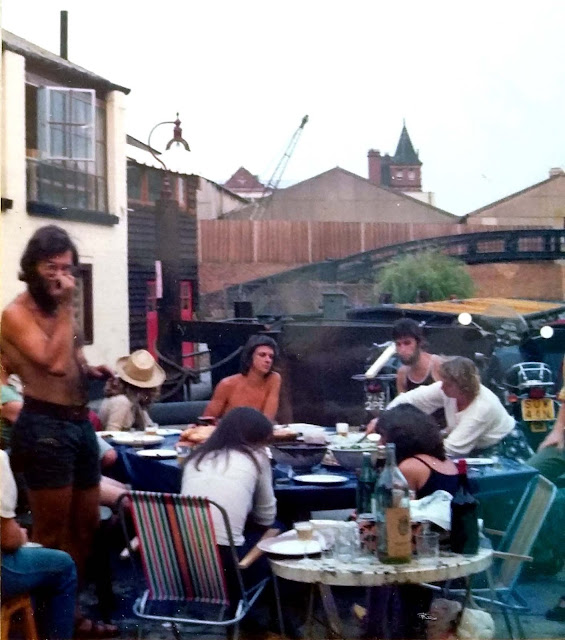 Workshoppers sharing lunch in the drought of 1976. (Richard is third from the left facing the camera in the lower picture. Unfortunately Dave isn't present.)
Posted by Shakya at 4:33 pm